Seniors Remain on Frontlines in War on Poverty 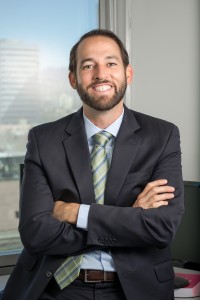 The 50th anniversary of the War on Poverty brings a welcome and much needed debate about how best to eradicate poverty in the world’s wealthiest country.  Unfortunately, few commentators are focusing on how poverty impacts the lives of the nation’s older adults – but they should.

There are approximately 6.5 million people age 65 and over living in poverty in America today – a number that is too high and, unfortunately, only growing.  That’s 6.5 million of our mothers, fathers, uncles, aunts, grandmothers, grandfathers that struggle daily to afford food and rent, to access needed health care and long-term services and supports, to remain connected to their families and active in their communities.  Older adults who are poor deserve special attention and we should unite  to reduce their numbers.

2. Progress can be undone when the economy fails.  Just as with younger age groups, the modern economy has failed to provide sufficient income and savings opportunities that allow a secure retirement for too many older adults.  Those Americans who earned low incomes during their working years face economic insecurity in old age. More and more rely solely on Social Security for income support in retirement, mainly because of the rapid disappearance of traditional pensions.

In addition, funding for government programs has not kept pace with modern times. For example, cost of living increases in Social Security fail to accommodate the higher costs seniors face in health care. In other words, seniors simply can’t stretch their Social Security or Supplemental Security Income (SSI) benefits as far as they need to.

As a result, more accurate measures of senior poverty like the Supplemental Poverty Measure (SPM) and the Elder Economic Security Index demonstrate that senior poverty remains a persistent problem.  A report released this year by the Kaiser Family Foundation showed that under the SPM, 15 percent of seniors nationally are living in poverty, 20 percent in California and 26 percent in our nation’s capital.

3. Government programs must be updated to continue to be effective.  In order to remain effective, safety net programs must be regularly updated to meet current needs and to reflect current economic realities faced by older adults.  The Supplemental Security Income (SSI) program offers an extreme example of a government program that has not fulfilled its potential. .  The poorest two million people over age 65 receive SSI payments, but the rate of seniors in extreme poverty is increasing in part because this program – originally intended to lift all seniors out of poverty – has not been significantly updated since 1972 when it was first passed.The maximum possible federal benefit for an individual in 2014 is $721 per month, with small supplements available in some states, but to be eligible a senior must have less than $2,000 in savings.  Only modest changes have been made in the benefit rate and the resource limit over the past 40 years.  As a result, instead of helping older Americans “step out of poverty and toward a life of dignity and independence” as President Nixon said when he signed the program into law, SSI essentially traps millions of the country’s most needy seniors in poverty.The Supplemental Security Income Restoration Act (H.R. 1601), which the National Senior Citizens Law Center and 49 other organizations have endorsed, would make needed improvements in the SSI program.  But more action is necessary to address the growing problem of senior poverty.  Proposals to weaken the very programs that have worked – Social Security, Medicare, Medicaid – must be rejected in favor of efforts that will update and improve these programs to meet the needs of today’s seniors.

Our mothers, fathers, uncles, aunts, grandmothers, grandfathers deserve our attention and work on their behalf.

Kevin Prindiville is executive director of the National Senior Citizens Law Center with offices in Washington, DC, Oakland and Los Angeles, California. Prindiville is based in Oakland. Follow @NSCLC1 on Twitter

What Do You Think? Cancel reply